Maritza Plovdiv have written the new chapter of their volleyball history as they qualified for the poll stage of the 2018 CEV Women’s Champions League after being 2 sets down in Russia. 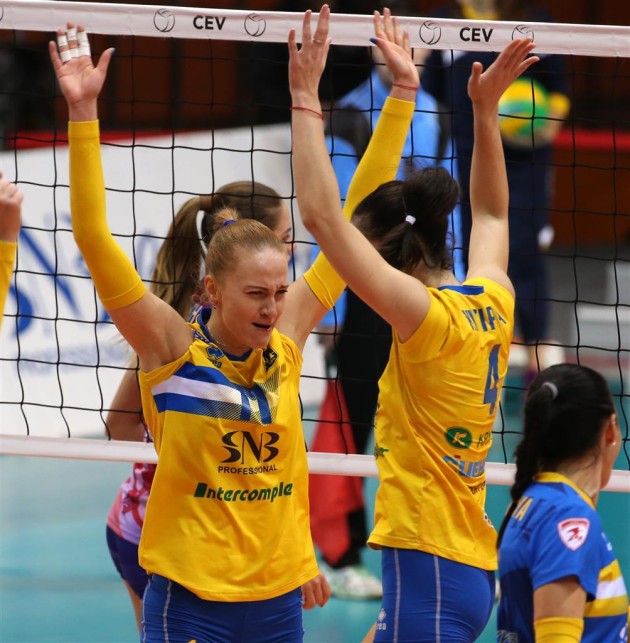 Maritza, triple consecutive champions of Bulgaria, silenced the 2,500 fans in Krasnoyarsk gymnasium by making a spectacular comeback against the Russian side Enisey in the second leg of the Champions League Qualifiers – Round 3, 3-2 (20-25, 19-25, 25-22, 27-25, 15-12). Since Enisey won the first match with the exact same result, Golden Set had to determine which team will play the group stage of the tournament. Maritza prevailed in it by a 15-11 to set off a huge winning celebration on the court as they managed to advance to the main draw of the Champions League for the first time in the club history. Tanya Petkova and Kremena Kamenova scored 18 points apiece for Maritza while Nataliya Malykh made 17 for Enisey.

Thanks to 14 points from the Dutch Lonneke Slöetjes, the defending champions VakıfBank İstanbul achieved another straight-set victory over Belarusian club Minchanka Minsk and secured their berth in one of the pools. Interestingly, as much as 12 players of the Turkish side managed to put their names on the scoresheet. In Minchanka, Nadzeya Stoliar and Aksana Kavalchuk scored 9 points each.

Management of TIME OUT by Daniel Castellani (PART 6)