Management of TIME OUT by Daniel Castellani (PART 6)

Daniel Castellani, the experienced Argentine coach, is sharing with volleyball fans how to deal with the team during the time-outs and technical breaks. 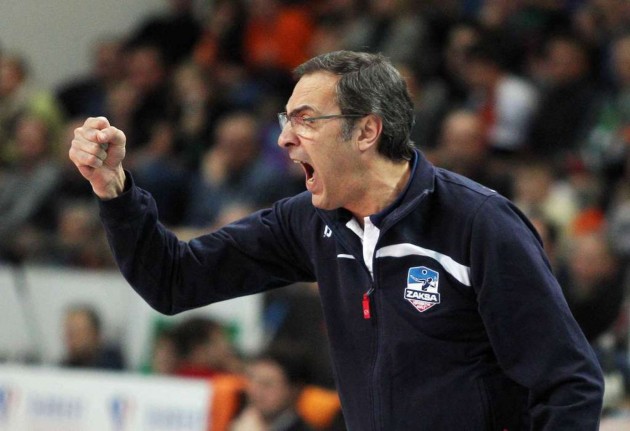 In Part 1 you could learn “How to organize TIME-OUT”, while in Part 2, Castellani explained “What is the best moment to call for TIME-OUT”. In Part 3, he spoke about “Quick analysis on TIME-OUT“. The subject of Part 4 was „The previous elaboration of clear ideas“. Some of Castellani‘s thoughts on „What we do, how and when we talk“ were presented in Part 5 so, now it’s time for the rest of them which are gathered in Part 6 – the last part of his explanations in regard to dealing timeouts.

• Behavior when facing a defeat and victory. Winning and losing is part of the game, and they are two situations when we need to build a winning mentality. Remember that victory stimulates self-esteem, while defeat builds a character. In general, I try not to talk to the squad just after the match, I rather spend some time and schedule a speech for the next workout.

• What am I talking about during the game? At the beginning of my coaching career, I found myself often repeating phrases like “How many times have I told you …”, “I’m telling you in all the games …”, “do not fly when you block”, “do not make mistakes after the timeout”. Until I started writing what I was saying in the timeout. So, I started to check how many opportunities I gave to my players to train what I asked them in the game and I found that there were not as many as I thought. No one can change or improve himself without the possibility of being trained. Correct it right, acquire a habit or a technique requiring a minimum of time, understanding, number of repetitions and specificities that need to be explained and transmitted to a player. As I said, I did not talk about the player, but about something wrong he was doing. That is why I found it useful to write what I said in the game and then check out how many opportunities I gave him to improve. Responsibility is always mine.

• You have to know how to differentiate between the leading techniques of a group and the characteristics of a person. For each circumstance and each team, there is a proper form of intervention. Each person has one or more personality traits: thoughtful, demanding, aggressive, inclusive. It is important to understand that each one’s personality traits are not the only way to lead a team. A good leader, in my opinion, is the one who has a great awareness of his personality and manages to add a LEADERSHIP TECHNIQUE to this personality. If I use my personal trait as the only instrument, I will not be able to adapt to the different situations that will happen. To justify my action by using a feature of my personality is a source of poverty in creativity and manifests a lack of expensive tools when circumstances require a change.

The great challenge for a coach in relation to leadership is the premise of being flexible and creative. The LEADERSHIP techniques are based on two principles of diagnosis and the choice of tools for THAT diagnosis. For example, Bernardinho (the head coach of Brazil) arrived at the press conference after the match against France at the last Olympic Games in Rio de Janeiro and a journalist told him that during the game he seemed like a different Bernardo, very relaxed than before. The question was: why?

Bernardo’s general answer was this. The generation one that won the gold medal in Athens was an extremely competitive generation, it was enough to light the fuse and they were ready to face new challenges. If he told them they were easy to play against, they reacted and wanted to prove that was not the case. The Rio national team was different and therefore, he had to find another way to reach them. It can be said that he has exploited the personality of the generation from Athens, their aggressive character, demanding and working hard. In Rio, he has had to use a DIFFERENT LEADERSHIP TECHNIQUE based on dialogue and understanding. As everyone knows, he won the gold medal in both cases, which is the result that makes him one of the most successful coaches in the history of volleyball.

Something like this happened to me as well. When I was a Polish National Team coach I had a middle blocker, Marcin Możdżonek, with whom I collaborated again in Zaksa, two years later. One day, at the end of training, he says, “Coach, you’re different”. “No, I’m always Daniel, why do you say that?” “Because when you were Poland’s coach you were very different”. I told him clearly that what the Polish National Team needed at that point was very different from what this squad of Zaksa needs. His observation was correct because it is the result of very different leadership techniques in one place and the other. For me, being able to adapt is one of the main features that I need to continue to grow.

PHOTO OF THE DAY: Another Italian-Turkish couple got married

FRA W: Vannes with another American

How Covid 19 CoronaVirus is affecting volleyball?