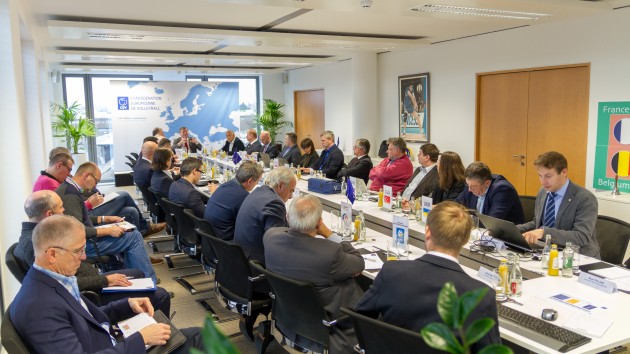 Each of these leagues will have 12 teams. Let’s start with the Golden European League. These are the national teams that will compete in this competition:

“The top two teams from the Golden European League will qualify to the FIVB Challenger Cup – whose eventual winners will contest home and away playoff matches against the lowest-ranked from the four Challengers featuring in the 2018 FIVB Volleyball Nations League, with a spot in the 2019 edition of the elite FIVB competition at stake,” announce CEV.

Silver European League will feature eight teams per gender, playing home and away matches as well.

The prize for the Silver European League is 156,00 euros, while the winners of the competition are taking 50,000 euros.

CWCH 2017 M: Alekno’s critics toward Anderson – “He made many mistakes during the game”

It still makes no sense to put neither Belgium nor Slovenia in the first group.

Re: @synlerak Of course it doesn’t, they belong to World League with top teams

Re: @former_player No they don’t belong because they weren’t invited and that has to mean something. NVL is uppon invitation tournament

Re: @Axe The decision who will be a member of World League should be based on quality and results, not a subjective invitation for reasons that have nothing to do with sports. Unfortunately, FIVB completely lost compass with their desire to experiment without any reason.

CEV determines pools for both men’s and...