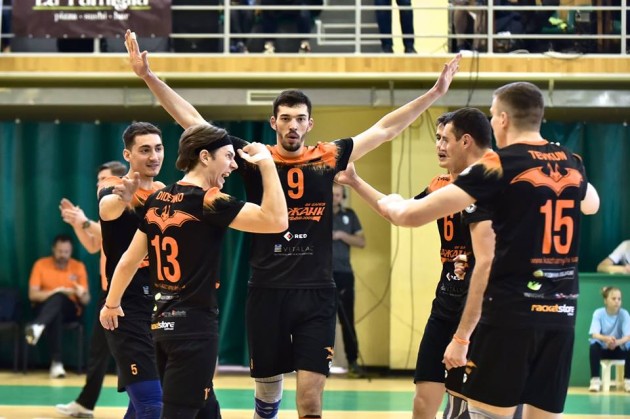 The second-seed Barkom-Kazhahy Lviv closed an intense best-of-five series of the 2017/18 Superliga playoff finals against No.1 Lokomotyv Kharkiv with a 3-2.

After losing the first two games at home (3-1 and 3-0) Lokomotyv managed to tie the series at rival’s court (3-2 and 3-1) and give themselves a chance to win the fifth title in a row in front of own crowd.

GER M: Friedrichshafen have their back against the wall – BR Volleys come to a win from title defense