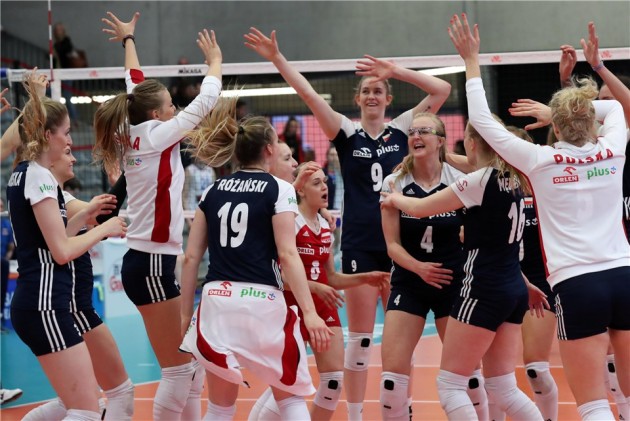 Poland did not have so many reasons to joy at the end of their matches against Russia on a world-level as they beat them, before the match today, only two times on major tournaments out of 16 mutual encounters, including last year’s straight-set win in the Nations League. Poland head coach Jacek Nawrocki once again performed a little experiment by putting two players who primarily play as opposite hitters together in the line-up: Malwina Smarzek and Magdalena Stysiak. These two were the most prolific players for the winning side, who are at 7-2, with 33 and 17 points, respectively. Kamila Witkowska set up 6 kill blocks out of team’s 17. Kseniya Parubets scored 23 points for Russia.

Russia lost seven consecutive matches in world level major tournaments for the first time since the Soviet Union, whom Russia inherited in competing in sports, lost seven in a row in the 1976 Montreal Olympics and 1977 FIVB World Cup combined. And given that they lost eight matches in total in the 2019 Nations League (1-8 record), Russia equaled their negative record of eight defeats in a single major world-level tournament which they set in the 1995 FIVB World Grand Prix. 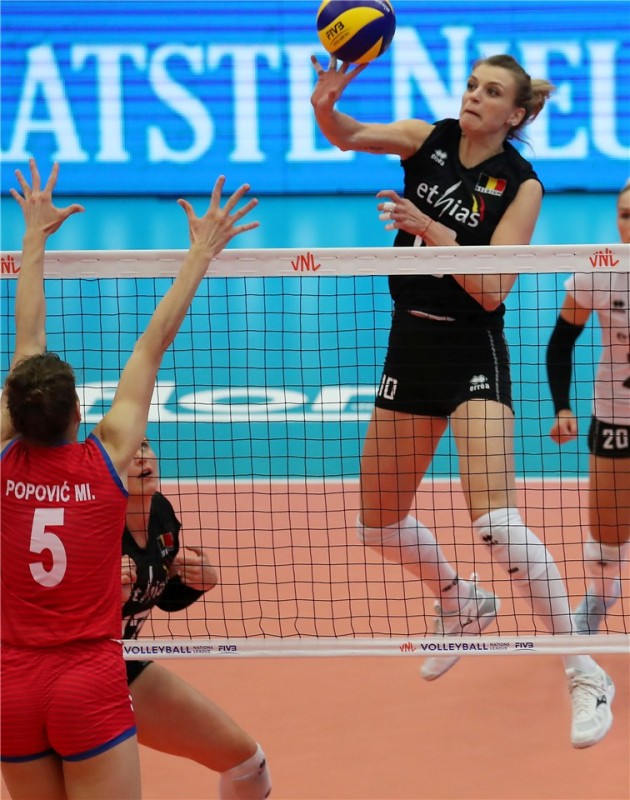 It took Belgium five matches to achieve the premier win on a world level over Serbia. And to be even sweeter, this victory came in front of own crowd in Kortrijk, in Pool 12. With this 3-0 win, Belgium reached a positive win-loss ratio (5-4), just like Serbia.

Britt Herbots tallied 24 points for the “Yellow Tigers”. Ana Bjelica made 11 for Serbia.