WCH U18 W: USA win historical gold medal, coming back from dead in tie-break vs. Italy

The USA became the winners of the FIVB Girls’ U18 World Championship for the first time in their history. 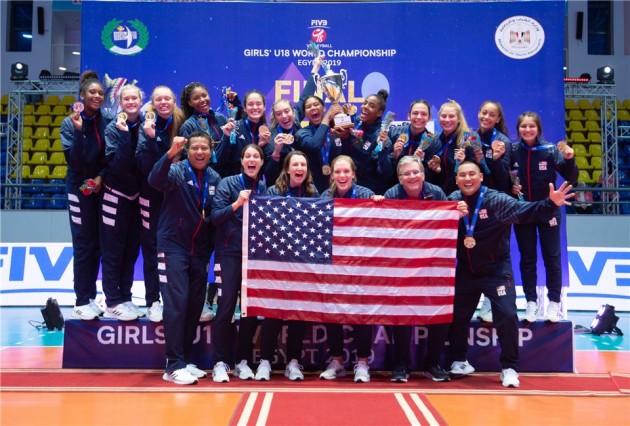 In an intense battle, the “Azzurrine” chased the lead in sets of their rivals twice and gained a 5-1 lead in the tie-break but were unable to clinch an unprecedented third title in a row. The USA failed to win the U18 World Champs on two attempts after reaching the final – in 2013 in Nakhon Ratchasima, Thailand (lost to China by a 3-0) and in 2015 in Lima, Peru (lost to Italy by a 3-0).

The U.S. National Team finished the tournament with a 7-1 record, suffering its only loss of the tournament exactly to Italy – a 3-2 in the pool stage. Italy also finished with the same record, being undefeated prior to the gold medal encounter.

Brazil have recovered from their semifinal defeat to the USA to win the bronze medal by beating China in four sets.