Brazil Men’s Volleyball National Team extended their hegemony in South America by winning the 32nd title in 33 editions of the continental championship! 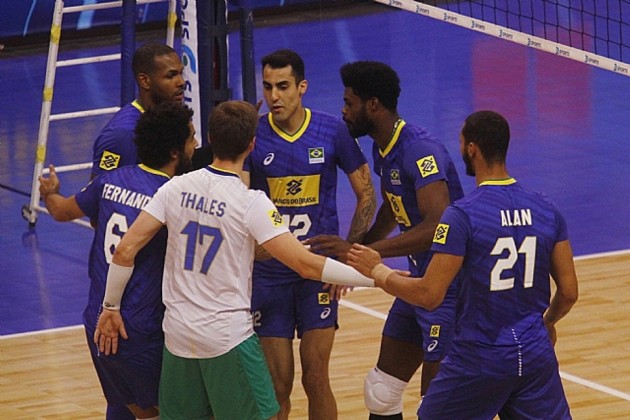 Brazil were about to lose their hegemony on the continent but made an impressive turnaround in the final of the 2019 South American Championship held in Temuco and Santiago, Chile. The “Seleção” defeated Argentina by a 3-2 (24-26, 22-25, 31-29, 25-20, 15-13) to win its 32nd title (27th straight) in 33 editions of the event. The only time Brazil failed to clinch the gold medal was in 1964 in Buenos Aires, when they did not participate due to the unstable political situation in the country (Argentina became champions that year).

Brazil head coach Renan Dal Zotto brought a mixed team to Chile with many young players that are about to become the backbone of the team in the near future (Matheus Santos “Pinta”, Cledenilson Souza, Hugo Silva, Vitor Cardoso “Victor Birigui”…), but also took some more experienced pieces like Yoandy Leal and Douglas Souza. Major stars like Ricardo Lucarelli, Bruno Rezende “Bruninho” and Lucas Saatkamp “Lucão” stayed in Brazil to prepare for the upcoming FIVB World Cup.

As for the match, after taking the first two sets, Argentina were ahead in the third set as well, even by 6 points (14-8). But, in the very finish of the set, Argentina head coach Marcelo Méndez got a red card and gave a point to the Brazilian team. However, Argentina had four match points before Brazil took charge, mostly thanks to Leal, and reduced the result to a 2-1 in sets. The fight continued in the fourth and fifth set but the reigning champions found their way to a victory.

Brazil will now be heading to Japan to play the World Cup – their last duty in the season. The competition will take place from September 30 to October 15.

The hosts Chile won the bronze medal after beating Venezuela in straight sets.

WCH U18 W: USA win historical gold medal, coming back from dead in tie-break vs. Italy