USA and the hosts Japan have celebrated important wins in Pool 5 in Toyota of the FIVB Volleyball Nations League for women. 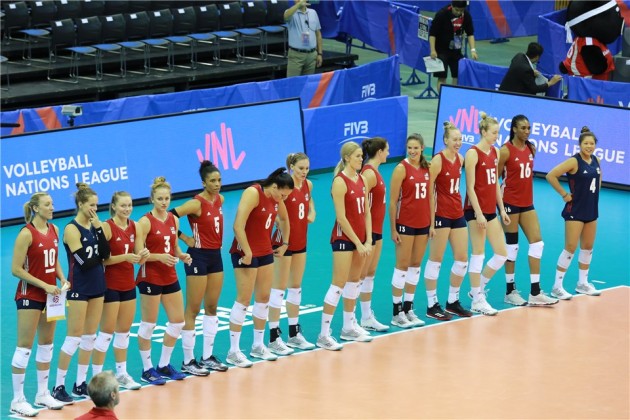 Today, USA scored their third consecutive victory but the fourth in total. They defeated the Netherlands who suffered their first loss from the beginning of the competition.

The USA finished the match in three sets (25-19, 25-21, 25-23) and Jordan Larson-Burbach dominated against the previously undefeated Dutch team as she racked up a game-high 18 points. Larson’s fellow outside hitter Kimberly Hill was also in irresistible form, scoring the first point in each of the three sets, and finished the match with 12 points.

The Dutch captain Maret Balkestein – Grothues was the best scorer in her team, finishing with 14 points, while Lonneke Slöetjes was the next best with 12 points.

Risa Shinnabe and Sarina Koga were the leaders, the first one scored 16 points while Koga finished the match with 12 points. Teenager Britt Herbots was once again at the heart of Belgian team, scored 17 points.