The inaugural edition of the FIVB Men’s Volleyball Nations League will begin on Friday, May 25, with the tournaments in Serbia, France, China, and Poland. 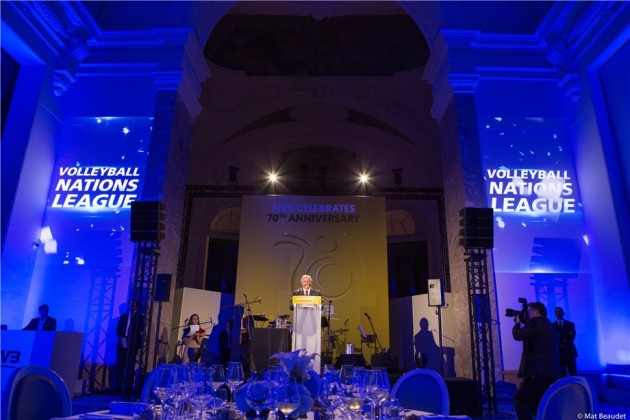 Serbia, China, Poland, and France will host the first tournaments of the 2018 FIVB Men’s Volleyball Nations League, the competition that will make its debut instead of the FIVB World League. The women’s competition is underway.

As it was established earlier, the Nations League replaced World League not just by the name but also by the format. The competition will feature 12 permanent participants and 4 challenger teams. The last-ranked of these 4 teams will compete in the promotion playoffs with the winners of the 2018 CEV Golden European League for a berth in the next year’s edition.

It is noteworthy that each team will host, at least, one tournament in the 2018 Nations League. It means that 20 tournaments in 16 countries over 5 weeks will be held. In total, 130 games!

Looking at the schedule of Week 1, the most interesting tournament should be in Kraljevo in which the hosts Serbia will fight Italy, Brazil, and Germany. One of the best opposites in the world, Georg Grozer, will not play for Germany despite the fact he was on the preliminary list.

The hosts of the Final Six, France, will organize Week 1 tournament in Rouen and will face Japan, Iran, and Australia.

China are the only Week 1 hosts that are considered underdogs. They will play Argentina, Bulgaria, and the United States, in Ningbo. Bulgaria will be highly weakened as they cannot count on their main star Tsvetan Sokolov.

Poland will host their rivals, Canada, South Korea and Russia, in Week 1 in two cities: Katowice and Kraków. The absence of Bartosz Kurek from the 14-man list of Poland NT for the first tournament is a bit of surprise. An even bigger surprise is the absence of several “Zbornaya” players from a 21-man list for the competition.

Check out where to watch Nations League games!