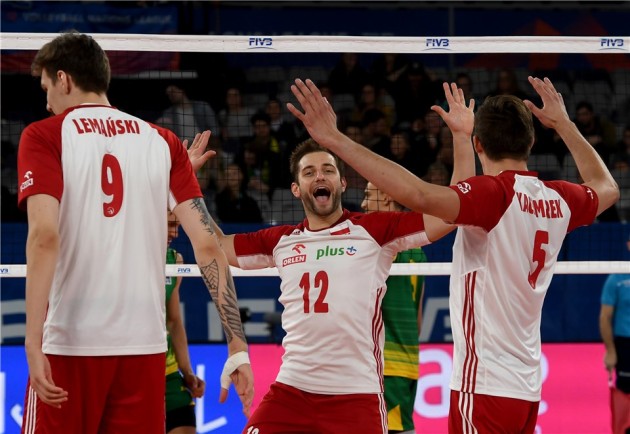 After failing to secure their berth for the Final Six on Day 2 of the last Week 5, Poland had two options before today’s ultimate round in Pool 17 in Melbourne, Australia – to grab the fate into own hands and beat the pool hosts or to wait for Italy’s loss to the United States in Pool 20. The Poles have chosen the option number one, 3-0 (25-16, 26-24, 25-23), and sealed the Final Six place and No.5 (10-5, 29 points) in the standings on which they will stay even in case Serbia defeat China in Pool 18. This automatically means that Italy said goodbye to Lille tournament. Mateusz Bieniek was the leader of Poland today as he scored 11 points. Paul Carroll made 15 points for „Volleyroos“.

Recall how the other five tickets for the Final Six were taken.

Brazil missed the chance to go to the Final Six as No.2 as they succumbed to Argentina in straight sets in the South American derby and kept the spot in the standings which they already occupied at the and of Day 2 in Week 5 – No.4 (10-5, 30 points). But, in case United States fall to Italy, the „Seleção“ will go up to No.3. This is important when it comes to composing Final Six pools. As for the importance of today’s match, Argentina will surely remember this win for a long time because it was scored in straight sets over the fiercest rivals, partially 25-23, 25-22, and 25-21. Bruno Lima top-scored for the winning side with 10 points while Evandro Guerra made 11 points for Brazil.

Canada finished their Nations League campaign, which was highly promising until the opening day of Week 4 but was ruined with three defeats in a row, in a stylish way as they smashed up Japan in Jiangmen, China, by a 3-0 (25-23, 25-20, 25-22). Graham Vigrass stood out for the winning side with 18 points while Issei Otake scored 11 points for Japan.

Serbia staged a good warmup to themselves for the Final Six by beating resilient China at rival’s court – 3-1 (25-21, 25-22, 17-25, 25-15) for a 5th straight triumph. Serbia finished pool stage with an 11-4 record and settled at No.3 (29 points) but with no chance to keep it as Brazil lurks USA’s defeat to Italy from sidelines to clinch No.3. Of course, if the United States beat „Azzurri“ they will climb up to No.3. The last time Serbia rounded up 11 wins in a single tournament was in the 2010 FIVB World League.  Backup opposite Dražen Luburić stepped in instead of Aleksandar Atanasijević (had a day off) to torpedo China’s defense with 28 points. Jiang Chuan tallied 18 points for the losing side. 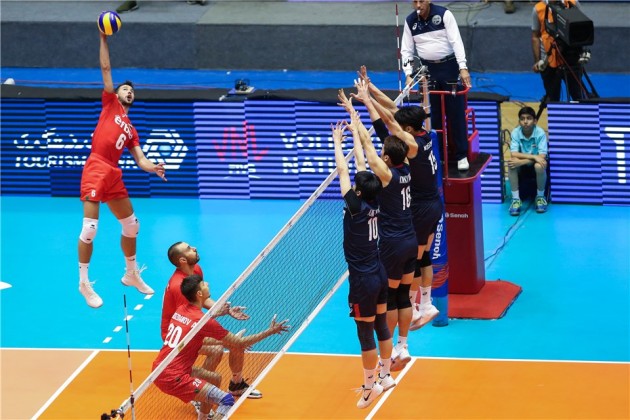 Bulgaria closed their Nations League campaign with a hard-fought win over the lowest-ranked side in the tournament South Korea in the capital of Iran, Tehran – 3-2 (19-25, 25-22, 25-18, 22-25, 15-12). Rozalin Penchev delivered 21 points for Bulgaria, including 3 kill blocks and 3 aces. Seo Jae-Duk and Moon Sung-Min scored 15 points apiece for South Korea. 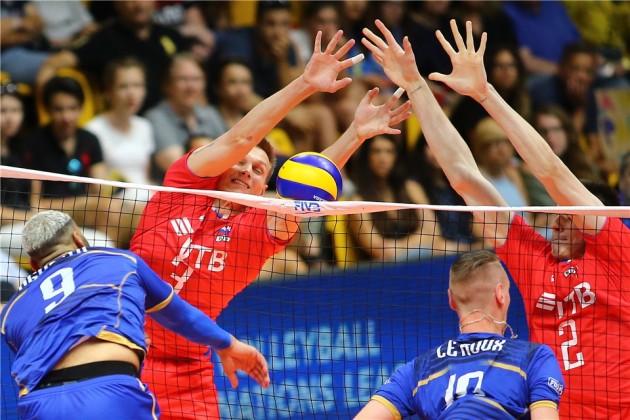 France blew away Russia at the intercontinental stage closing by a 3-0 (25-20, 25-13, 25-18) to finish top of the standings. The „Les Bleus“ showed a high level of competitiveness throughout all five weeks of the tournament despite the fact they got an automatic ticket for the Final Six as the organizers. As for the match against Russia, the job of France was quite easier than expected mostly due to the fact that „Zbornaya“ head coach Sergey Shlyapnikov introduced a lineup filled with backups. Earvin Ngapeth was pretty much inspired playing at the gymnasium in which he raised the audience to their feet in the last four years, the PalaPanini. He scored game-high 13 points. Kévin Le Roux set up 5 kill blocks. Romanas Shkulyavichus noted 11 points for Russia.

Italy suffered the last stab wound in the Nations League as they were beaten by the United States who earned No.3 for the Final Six with the win – 3-0 (25-23, 25-17, 29-27). This was Italy’s 7th defeat in 15 games, a result that pushed them far away from the Final Six battle (No.8). The USA recorded 13 kill blocks as a team, having 11 at the end of the second set. Matthew Anderson scored 19 points for the Americans, while David Smith made 4 kill blocks. Ivan Zaytsev notched 12 points for the „Azzurri“.