Even though they were missing Titia Sustring – still struggling with an ankle injury – the hosts of Rocheville LE CANNET could easily edge Serbia’s Kolubara LAZAREVAC in straight sets in the first round of action for the 1/8 finals of the 2013 CEV Volleyball Challenge Cup – Women. This and other volleyball news read on Worldofvolley.com. 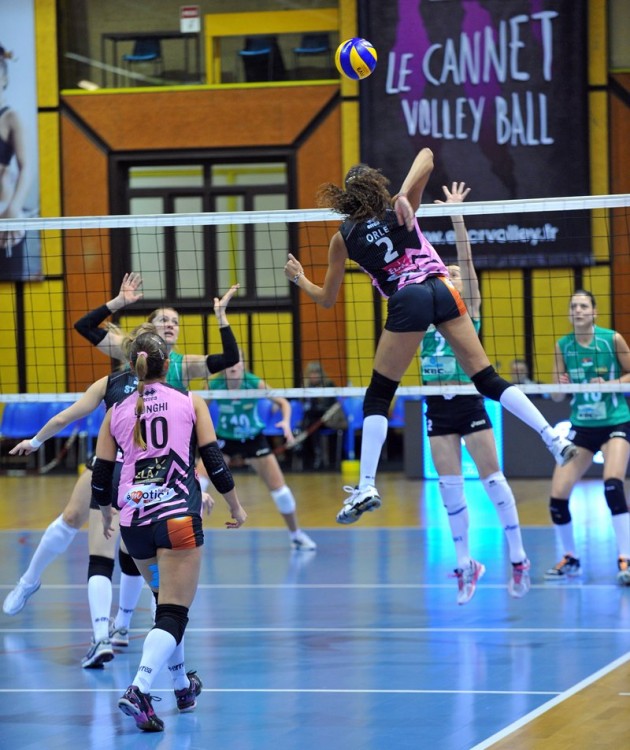 With this result Rocheville got the right boost for the return match coming up next Tuesday in Serbia and that will determine the side advancing to the 1/4 finals.

Head coach Riccardo Marchesi is nevertheless convinced that the match wasn’t as easy as the result may suggest. “We have played by displaying the right attitude and I am happy to see that the team showed some progress tonight”.

However, Rocheville certainly did expect more resistance from their opponents. “They looked tired after a long bus journey” says Sanja Bursac, the Serbian-born player who is representing the likes of LE CANNET. “Nevertheless, I also have to stress that we had prepared really well for this game”.

Even though they did not have much information about the strengths and weaknesses of their opponents, the home heroines quickly found their pace. The Serbian reception looked shaky and Kolubara could score only 14 points in the opening set. The game was a little tighter in the second set but it did not change much on the final outcome (25-19) with Marchesi opting for some of his second lines in set 3 to finish it off with another 25-19.

“We enjoyed playing tonight and I think the Challenge Cup is turning into one of our priorities for this season” says Elisabeth Fédélé. “Still we know that a difficult match is coming up next week there in Serbia”.