Piotr Hain commented Indykpol AZS Olsztyn's loss against AZS Politechnika Warszawska and the current situation in the Plus Liga. WorldofVolley brings you the latest volleyball news. 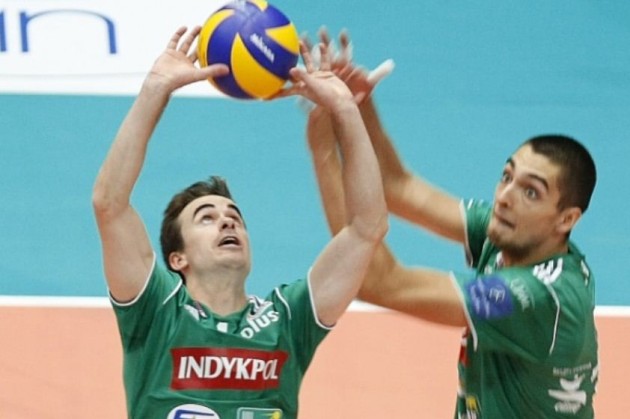 – How would you rate the attitude of your team in the match with Warsaw AZS Politechnika Warszawska?

– It was a very bad game. It was important for us to win. Now we dropped in the table, which greatly complicates the play – off spot. Our morale is not the best. Unfortunately, these are the facts of sport – we have to swallow the bitterness of defeat.

– You failed to get revenge for the defeat at home…

– Unfortunately, we were unable to repay them. Both games against a team from Warsaw were very much alike in terms of our attitude on the field. We did not show our best volleyball, as a result, our balance sheet with them is 0:6.

– In winning the match 3:2 against ZAKSA your game looked completely different…

– After winning against Kedzierzyn our appetites were very high, so this defeated is harder.

– You have three more rounds. How would you rate your chances of advancing to eight and, therefore, play in the playoffs?

– In theory, we have a chance to get 9 points in the matches against Jastrzebski Wegiel, Delecta Bydgoszcz and Gdańsk. The task is difficult, but certainly not impossible.

– This Friday, a rematch against Jastrzebski Wegiel awaits you. What is the mood in the team before this game?

– I think the sentiments are the same as before each match game with theoretically more powerful opponents. We are a young team and on the other side of the grid we will face experienced players, volleyball stars. Certainly we would like to show something more on the pitch. In front of us is a chance to rehabilitate ourselves, the more that the next game we play in our own hall.

– On 26th and 27th of January the Polish Cup finals will be played? Do you have your favorite?

– It’s hard to identify the team that has the best chance for a trophy. I’ll keep my fingers crossed for Bydgoszcz. I think this team has surprised with its promotion to the final four, so Delecta has a chance to surprise the favorites.