France is preparing to face USA in this weekend's World League action. Julien Lyneel shared his thoughts on USA, Argentina, Bulgaria, Poland and France's chances in this group. 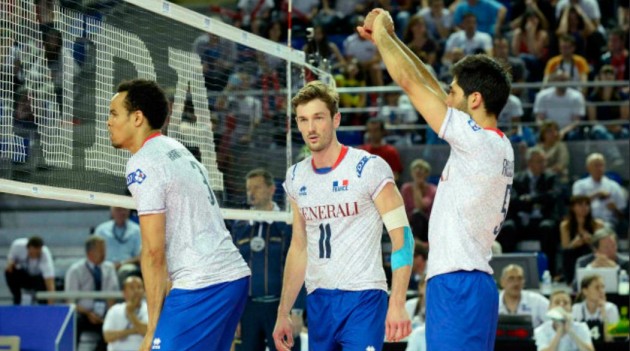 – Julien, you weren’t too disappointed to end your holiday after being called to the national team?

– (Laughs) No, on the contrary, it is always pride to represent your country.

– You will play against great volleyball nations.

– Argentina will do anything to win because it will host the finals. Brazil and the United States, they have great teams, we’ll have to give our best to get a good result.

– What about Poland and Bulgaria. Do you have a chance?

– There is always a chance. We are a fairly young team under construction. Despite two losses to Bulgaria, we showed that we have potential. We need to continue to be combative, aggressive, and to play as a team. We must be consistent if we want to make something happen.

– The World League is a good preparation for the European Championship coming in September.

– Yes, it is also a preparation for the European Championship. We hope to find our form.

– You could have taken more points from the matches with Bulgaria?

– We took one out of six. We liked to take a little more but we have to be satisfied with that and continue to hold your head high.

– What about the United States, your next opponent?

– This is apparently a fairly young team. We will try to strike a blow. They are young, just like us. You never know what might happen.

– You personally had a good game. Laurent Tillie spoke highly of you.

– I played well. I hope it lasts. I always give my best but I was very disappointed not to win. I would have preferred to be less efficient if it ment we would win two or three points.