After losing 2-0 away from home, French powerhouse led by David Konarski returned with style and won the game versus Montpellier. 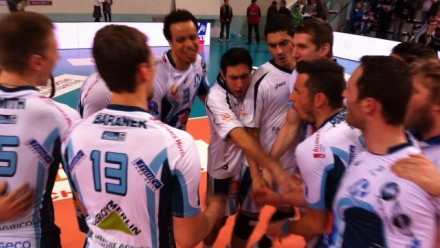 After losing in the first leg against Lyon, Tours had to win this match and it didnt start well for them. They were in trouble after losing 2-0, especialy because Montpellier won that first two sets in a very close fashion. They were ahead in both ways, mentally and scorewise.

Then Tours decided to show everyone that there is a reason why they are four time champions of France and one time European champions.

They struggled even during the third set but somehow managed to win it 25-23. Then there was no coming back. They steamrolled trough Monpellier and won fourth period by 5 points (25-20).

Tie-break was close for some time but then the amazing series of defences from Tours gave them 10-7 lead which was big enough for the first win of 2013/2014 season, 15-8.

RUS W: Sokolova back in ”Sbornaya”