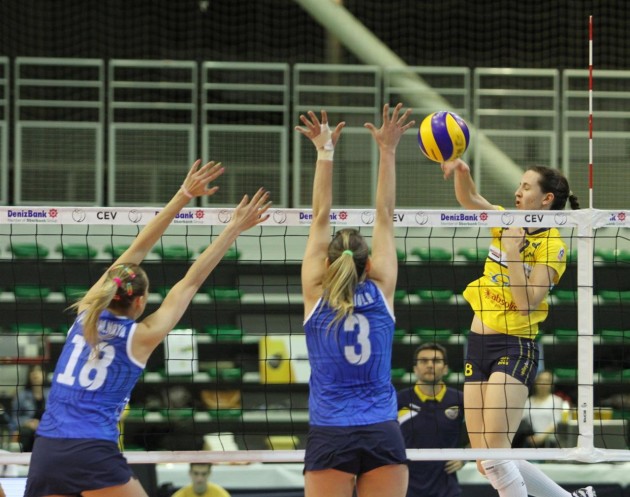 The match of the Challenge Round in „Mangin-Beaulieu“ hall in Nantes began with a minute of silence in memory of the three French athletes who died in a helicopter crash in Argentina, four days ago.

After losing in Russia in the first leg by 3-0, Nantes seriously complicated its chances of getting into the semi-finals. Therefore, on home ground, Nantes had to make every effort to get around an opponent.

Nantes was very persistent in the first set, the teams were playing point-to-point, but Krasnodar gathered in the end the set to snatch victory – 21-25.

Tatiana Kosheleva had 22 in Krasnodar, Ariel Turner scored 20 in Nantes.

In the other two, the job of the Russian team was much easier and in the semis, it will face Azerbaijani Rabita Baku.

IS HE SETTER OR LIBERO? Two incredible saves from Drzyzga (VIDEO)