Tours was luckier in the tie-break of the first match in semi-finals against AS Cannes. 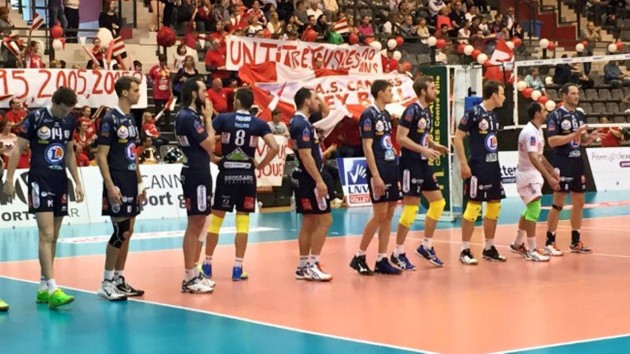 After more than two hours Tours has defeated AS Cannes who played until the last point.

Hosts had 2-1 when Tours made turnaround and in tie-break came to the big victory.

The best scorer of the match was Oleg Antonov from Tours with 23 points but Daniel McDonnell was the most useful with 16 points (82% in attack).

On the other side Dušan Petković scored 21 points for Cannes while Emmanuel Ragondet and Dejan Radić scored 13 points each.

The next match is on April 29th.

Ngapeth runs to rival’s side, to make...