Dinamo Kazan started its defense of the championship title superbly! 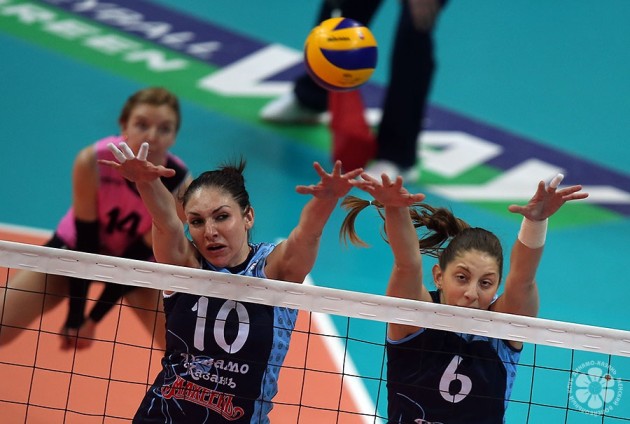 Russian champions smashed Dinamo Moscow in straight sets, with partial 25-22, 25-21, 25-20 in the first game of playoff finals. The series will go until some team scores three wins.

What decided this clash? Blocking! Dinamo Kazan collected 15 points in this segment while the team from the Russian capital had only 6.

Dinamo Kazan had amazing duo – Del Core (18) and Gamova (16). Dinamo Moscow was led by Obmochaeva with 20 and Markova with 15 points.

Zarechie Odintsovo beat Uralochka-NTMK Sverdlovskaya oblast in the first match of the series for the third place that brings the participation in the Champions League next season.

The game which took place in the Moscow region ended with the clear victory of Odintsovo  – in three sets. The second match is scheduled for April 26.

Series for the third place is also played to three victories.

ITA M: Trentino and Modena took the lead in semis