ITA M: Trentino and Modena took the lead in semis

Diatec Trentino made the first step to the final after win over Sir Safety Perugia in the semi-finals of the Italian Serie A1. 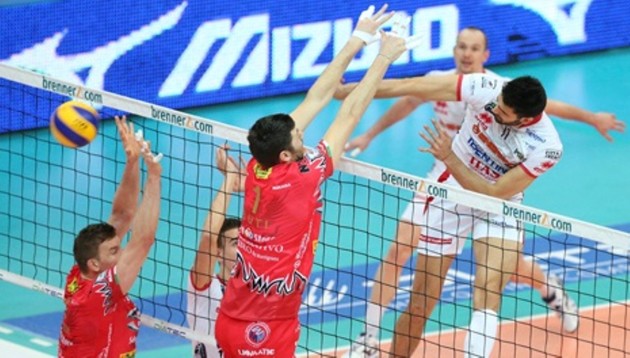 In the first of two matches, Diatec Trentino defeated the team of Nikola Grbić after four sets.

The best scorer in the winning team was Filippo Lanza with 16 point followed by the Bulgarian star Matey Kaziyski 13.

On the other side Aleksandar Atanasijević scored 24 points for Perugia while Christian Fromm stopped on 11 points.

In the second match of the day and after amazing battle in five sets Modena has defeated Latina and took the lead in the semi-final serie.

Earvin Ngapeth was the most useful player in Modena , he scored 25 points while the Serbian opposite Saša Starović was the top scorer in Latina with 19 points.