For the second time in row TOURS has defeated the regular season winner AS Cannes and qualified for the final of the French volleyball league. 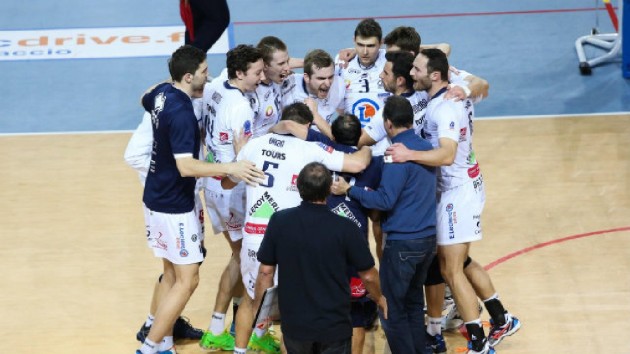 This time Tours celebrated the big victory over Cannes after four sets and with two wins in the semi-finals they became the first finalist.
David Konecny, best scorer of the game with 19 points, while Oleg Antonov  who was the best scorer in the first leg, added 15 points and David Smith 14 points.

The Serbian middle blocker Dejan Radić was the top scorer in AS Cannes with 13 points followed by Ewoud Gommans 10.

In the final they will play against winner ASUL LYON Volley – PUC Volley-Ball/PARIS VOLLEY (1-1 in series).