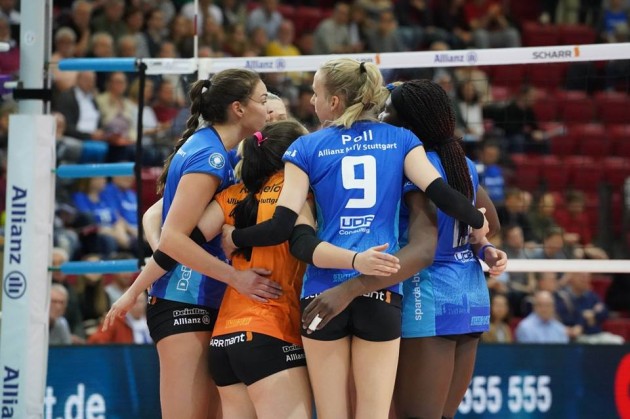 The top seed Stuttgart victoriously opened the series of the 2018/19 1. Bundesliga Frauen playoff finals against No.2 seed and also the reigning champions Schwerin: 3-1 (25-21, 21-25, 25-23, 25-23). This is the third straight gold medal matchup between these two sides in the national league with Schwerin prevailing in the last two seasons and in this season’s national Cup.

The American opposite hitter Krystal Rivers does not stop to amaze in Bundesliga. She scored 21 points for Stuttgart today. A 21-year-old Kimberly Drewniok top-scored for Schwerin, while Croatian Beta Dumančić set up four kill blocks.