VT Aurubis Hamburg has shown from the beginning, that it came to win in Wiesbaden. Guests won with 3:0. Andreas Vollmer's team had no chance. Helmut von Soosten was satisfied after the match. Femke Stoltenborg and Ksenija Ivanovic were the best players. 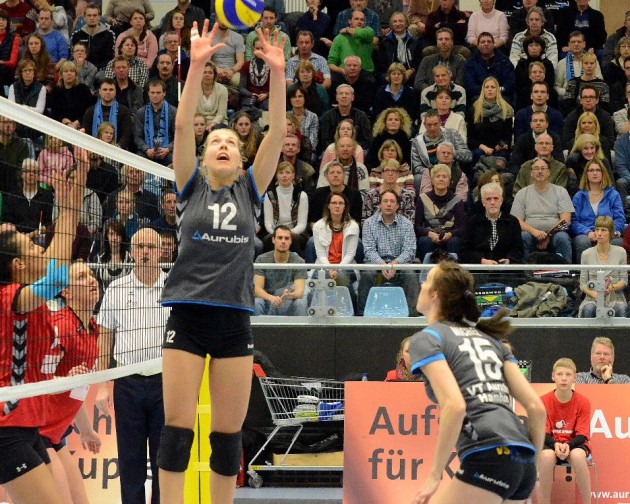 After the match coach Helmut von Soosten was satisfied, primarily with the first two sets in which his team has played very consistent. The players succeeded to put much pressure on Wiesbaden. They were great on the block and in the field, the defense was played out well. The coach was satisfied with the commitment and the chemistry of his team. Furthermore, the team had shorter “down time“.

MVP for Hamburg was Femke Stoltenborg (12), and for Wiesbaden Ksenija Ivanovic (12).