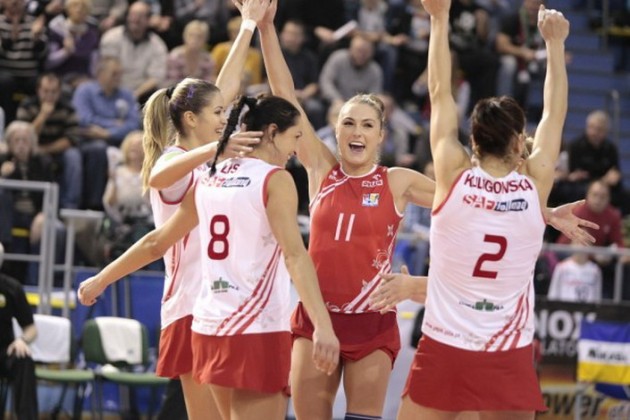 On the first technical time-out Tauron MKS lead 8:5 but later home team have the advantage 16:14. In the end PTPS Pila take the first set 25:21.

The second set has a similar pattern. Home team bravely attacked especially Natalia Krawulska who won a total of 18 points. DABROWA players had problems with the adoption of service and not deal with the block rivals. Tauron MKS lost the second set 20:25.

At the beginning of the tie-break PTPS Pila took the lead 5-2. Home team played very effectively and their lead was already 10:6. DABROWA GORNICZA fought to the very end. At the end PTPS Pila win 17:15.