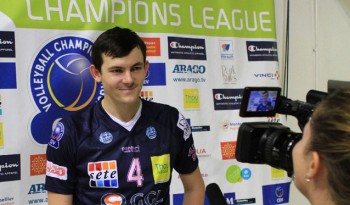 The VfB coach Stelian Moculescu has defined Geiler as receiver with good serve, very attentive in defense and with quick attack in the game.

“I have chosen VfB because I wanted to. I consider it a great challenge.” said Geiler. “I have talked a lot to Luke Bauer with whom I played last season at Arago de Sète and he told me about the environment, the club and the coach. This has helped me a lot.”

According to him, VfB Friedrichshafen would be the place, where he could integrate his personal development and contribute the team as well. “I wanted to find a club where I could develop myself and with Stelian Moculescu I am sure I will succeed.”

Before he moves to Friedrichshafen with his wife, he is now spending his summer with his friends and family in France.

Check out other Transfers 2013.