Belgium is the sole country whose men’s and women’s national teams have found their way to the final stage of the 2013 CEV Volleyball European League. This and other volleyball news read on Worldofvolley.com. 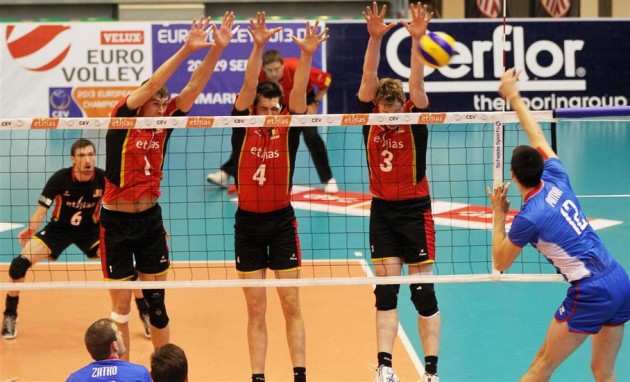 Right before the start of the season the men’s head coach Dominique Baeyens had set three goals: to advance to the third round of the 2014 FIVB World Championship, to get a spot in the final round of the 2013 CEV Volleyball European Championship and make it among the top four in the European League. Mission accomplished – we may say – for these goals were all achieved by his guys.

“Of course I am very proud that we could achieve these goals and in the European League we did even more as we claimed twelve consecutive victories in the preliminary round. So we have very high expectations for the coming weekend and the final four in Turkey. The semi-final against the Czechs won’t be easy at all but we want to reach the final and play there to get the right to join the Intercontinental Qualification Round for the next edition of the FIVB World League. Our neighbors from the Netherlands did so last year after winning the European League and so they are the role model we are looking at. Moreover, this year they had an excellent campaign in the World League and since last year we beat them twice, I hope we can follow in their footsteps even though this would have some relevant financial consequences for our federation” Baeyens says. “My players are very motivated to go for the best result in the final four and I hope we can travel back from Turkey with a medal around our neck”.

The ladies mentored by Gert Vande Broek were not less sensational as they claimed 10 victories out of 12 matches in the prelims. He is evidently proud of what his players did. “We joined this competition in order to allow our young players to get valuable experience on the international stage. I have seen their improvement though their start in Leuven was already very promising. We play Romania in the semis; this is a strong team but I think we have got what it takes to stand their challenge. We lost to Romania last year at the Olympic qualification tournament even though we did easily control the match in its early phases. We started panicking and the lack of experience was eventually what determined our defeat. However, I hope we can build on our improvement and the many matches we have played recently have compensated for that lack of experience, so that we can look forward to qualifying for the final match. My players are very motivated to beat Romania and want to make it to the gold medal match” Vande Broek stresses.