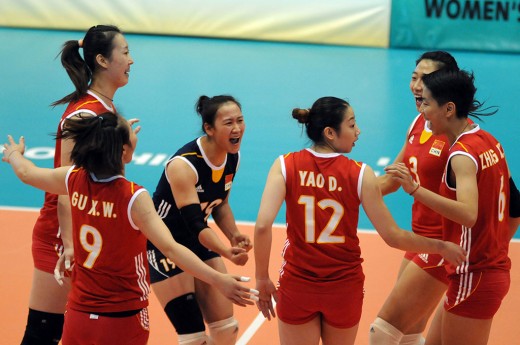 Germany had a short advantage in the second set. However, the Chinese worked hard on their serve and block game. Yang and Zhang took care of the net seriously. Also setter and captain Di Yao converted four blocking points.

Germany tried to recover in the third set, as captain Geerties had a good attack performance and coach Jens Tietbohl ordered to distribute the ball a little bit more with Aulenbrock, Schwabe, Schwertman and Rebecca Schäperklaus. The Europeans had a 18-14 advantage and forced a fourth set. However China had less unforced errors (21) than Germany (19).

For more photos, see the Gallery below.