After five and a half years, Corina Ssuschke-Voigt is back at home. She signed with Dresdner! 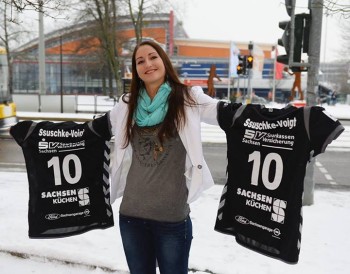 Corina Ssuschke-Voigt played for Dresdner until the end of 2007/2008 season and then started international career. She was in Prostejov (won Czech Championship), Atom Trefl (won Polish Championship), Lokomotiv Baku and finally in RC Cannes.

But, she left France in December and decided to return to Dresnder after very successful period abroad.

SLO M: They have waited 10 years for this…