World ranked 23 Czech Republic volleyball National team is set to face heavy favourites ranked 5 Cuba in the opening of the World Olympic Qualification due to start at Max- Schmeling Hall in Berlin on Friday. Host Germany number 13 meets No 30 India who play for the first time in their history in this World level Olympic Qualifiers. 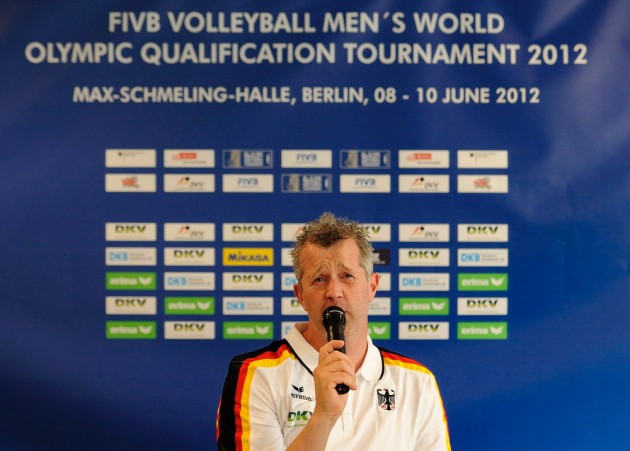 Four teams will battle it out in this round robin tournament as the winners will earn a ticket to the 2012 London Olympic Games.

The four coaches packed their stars aiming to get the last chance to catch the prestigious Olympic as all of them stressed on the open possibility for all teams to clinch the Olympic ticket.

Cuba have won seven out of 10 against Czech Republic including the last three at the 2006, 2002 and 1986 World Championships.

India beat FDR in their only previous encounter at the 1956 World Champs 3-0 in a consolation play off.

Germany coach Vital Heynen asked his players to play at their highest performance and to use the big push from their great show during the first weekend of the World League where they led the pool D that feature also Bulgaria, Argentina and Portugal.

“Everyone in Germany thinks we will qualify for the Olympics. But it will be very difficult. Cuba and the Czech Republic have strong teams and India is technically very strong. It will be a hard tournament, but my team can do it.” Heynen Said.

On the other hand the Cuban team came to Berlin with a young team missing a lot of players who won the silver medal at the 2010 World championship in Italy, but still coming as heavy favourites for the Olympic Ticket.

The Cuban head coach Samuel Orlando was optimistic to catch the Olympics at the last stage of qualifications. “We are here to qualify for the Olympic Games. It’s the last chance for all of us. All four teams have the skills to qualify to London. We are ready and well prepared, although we have had some changes in our team.” He said.

Czech Republic Head coach Stewart Bernard selected a new look team for the tournament. He substituted the experienced setter Tichaceli by the two other setters Ondrej Boula and Filip Habr and added 5 new players Tomas Hysky, Ales Spravka, Jiri Karl, Karl Linz and Vladimir Sobotka to the squad aiming to refresh the team against the Giants Cuban and German teams in the qualifiers.

“We are preparing since one and a half months, we played in the European League and made international matches against France. We changed the team after the Pre-Olympic-Qualification in November in France and now it’s a big chance for us.” Bernard said.

India is considered as the underdogs of this tournament but they want to use their situation to surprise the opponents.

“We are training since two months and had some friendly matches against China and Kazakhstan. We participate for the first time at the Olympic qualification and encounter three top teams in Berlin but we hope to do it. Everything is possible in volleyball.” Said India coach Sridharan.

Under the flag of Czech Republic the country that was a part of the ex Czechoslovakia, the national volleyball team didn’t achieve the Olympic dreams while the ex Czechoslovakia had a brilliant history of five consecutive qualifications to the Olympic Games in 1964, 1968, 1972, 1976 and 1980 and gaining the silver and bronze at Tokyo 64 and Mexico 68 respectively.

Germany qualified once for the Olympics in Beijing 2008 where they finished ninth, but they have 3 extra qualifications for the ex West and East Germany with the best performance as the silver medal for the east part in 1972.

India has no qualification history to the Olympics