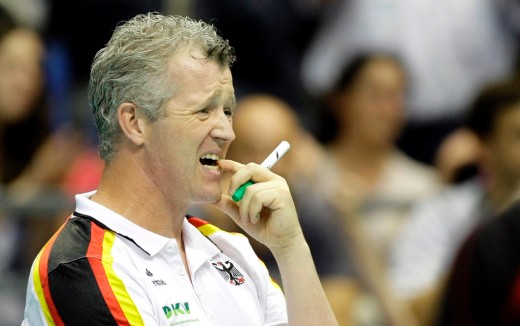 The contract is expiring in September 2016 and both sides made an agreement not to renew the contract.

Heynen took ever the team in 2012 and he achieved good results. At the Olympics in 2012 he took the fifth place while in 2014 at the World Championship he won bronze medal.

It was first WCH medal for Germany since 1970. The Olympic Games in Rio was great desire of German Volleyball federation but they didn’t manage to do it. So, they think it’s the right moment to change the coach who will create the team for the next Olympics.

“Everything that is beautiful comes to an end. There are already two weeks since the German national team played their best tournament in recent years. But, even at our best level we could not beat Poland and they stopped us on our way to Rio. Today I’m writing this letter to inform you that I’ll leave the German national team in September. After the tournament in Berlin I’ve been informed that Germany will extend contract with me. I said that it’s the best not to renew contract and added that I as well have a new challenge in a few next years, but not in Germany. Following discussion with the president Thomas Krohne I’ll be leading the team in the World League and I’ll do my best…” says Heynen.