CL M: Heynen – “I had to buy 2.5 thousand bottles of beer last time, perhaps it is good that we lost that 2nd set…” 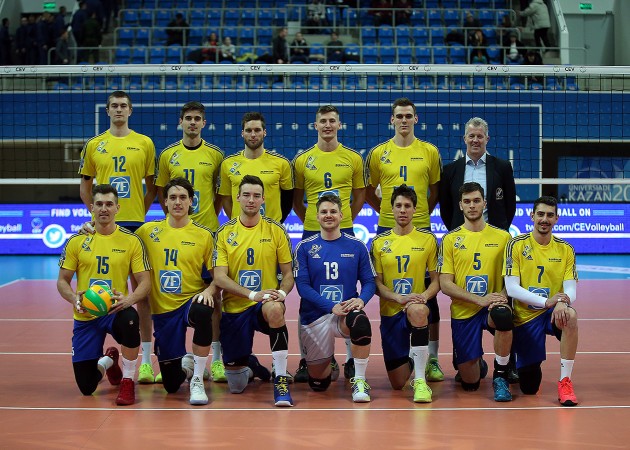 His team once again suffered defeat against Zenit Kazan, but once more the players of VfB Friedrichshafen played a very good match. And they were very lose to “steal” at least one set from the reigning European champions.

“I cannot say that I am happy, because we lost, but I am satisfied with the way my team played tonight. We learned a very good lesson from this game, and if Zenit Kazan wants to play once again, I will readily accept the challenge,” said Heynen.

After the previous match between these two teams, Heynen had to buy a bottle of beer to every person in the gym, as his team won one set against Zenit. He made the same promise before this match, but VfB Friedrichshafen suffered a straight-sets defeat.

“I had to buy 2.5 thousand bottles of beer after the previous match. One bottle cost about 1 Euro. Today, I also promised that I will buy a beer to our fans for each set we win… Therefore, maybe it is good that Zenit won that second set by 40:38. At least my wife won’t kill me (laugh).”

CL M: Three-man block? That is simply not a problem for Wilfredo Leon (VIDEO)

CL M: Ngapeth – “We were extremely motivated after disappointing display in the Italian Cup”

CL W: Turkish giant too much to...