Berlin Recycling Volleys won a close duel for the second place against United Volleys Rhein-Main in Round 16 of the 2017/18 German men’s volleyball championship, 1. Bundesliga. 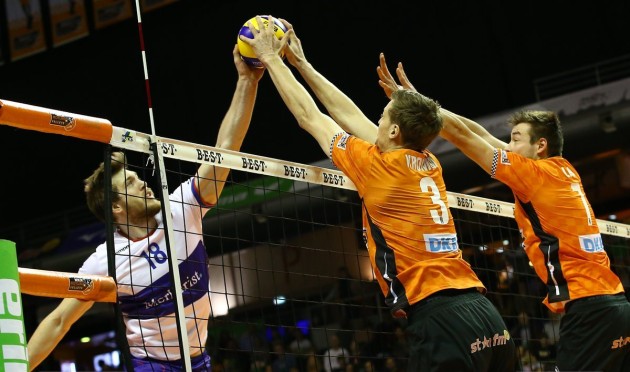