SCHWERINER SC bested 2004 Tomis CONSTANTA in straight sets to pocket a ticket to the next stage of the competition. Find the latest news from World Club Championship on worldofvolley.com. 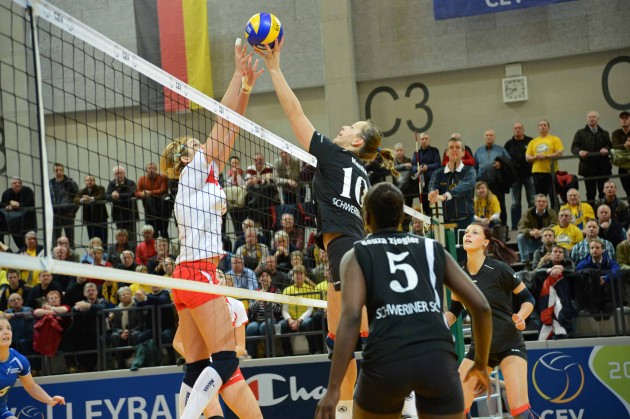 After the home win against URBINO, the Germans were already ranked second in prelim Pool E but CONSTANTA was also still in contention for a spot in the next round. SCHWERINER SC did show immediately its intention to go for a positive result claiming the first set with the score of 25-22. However, Tomis responded with a solid performance in attack and was not ready to bury the hatchet. The second set was a carbon copy of the first with SCHWERINER SC leading regularly by three or four points but CONSTANTA eventually bounced to the front (18:19). The final rush was really exciting and Slovak Lucia Hatinova ultimately pocketed the provisional 2:0 for the home side (25-23).

Well motivated by this unique opportunity to make it to the Playoffs 12, the Germans did accelerate their pace in set 3 and with a massive 25-15 could celebrate a splendid Volleyball night together with their many fans.

CL M: Milan Markovic – “I have to congratulate our coaching staff“

CZE W: SOPOT scores away win in Prostejov to believe in Playoffs ticket