France started with a 3:0 win against Finland in the tournament for the 2013 CEV Youth Volleyball European Championship – Girls. Serge Marouteau commented the game. WorldofVolley brings you the latest volleyball news. 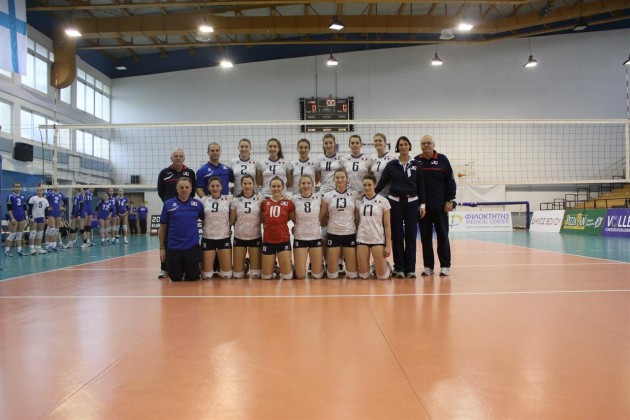 In what was the opening match of the tournament France easily downed Finland in three straight sets (25-16, 25-19, and 25-14) to start out its quest for a ticket to the final round in full swing.

The young girls from France easily controlled the operations in the first set standing out especially with their offensive skills and with Nina Stojiljkovic wrapping it up with an ace (25-16).

France dictated the pace of the game also in the second set going up 16:8 and even though Finland attempted a comeback (22:19), this section of the game ended with the final 25-19 that guaranteed France a 2:0 lead in sets.

Finland opened set 3 with a 5:1 break but France flipped the charts around as Elsa Descamps was standing behind the serving line, contributing a massive 9:1 to move up 10:6 in the score. After that, some blocks and the attacks killed by Héléna Cazaute did pave the way for the final 3:0 that was sealed via a massive 25-14 in the third and last set.

“It was not as easy as the score may suggest” said France’s head coach Serge Marouteau. “For a young team it is always difficult to control their emotions, so the problem was not on the other side of the net, but actually on ours. We came here to get a ticket to the final round, but we take it step by step and even if we have to stand some of the best teams in the world, we still know our quality and we’ll try to make it happen”.