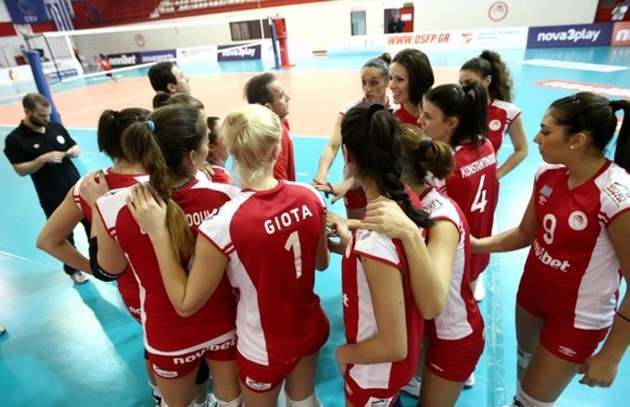 Panathinaikos met the rivals’ resistance only in the first set and afterwards took a ‘clean’ victory to claim the top spot in the standings while waiting for its eternal rivals, Olympiacos Piraeus, to play their match later on. Unfortunatelly for PAO’s fans, Olympiacos won and reclaimed position number one.

Since we mentioned the fans, over 500 Panathinaikos’ gave an amazing support to its favorite players throughout nonstop singing. See how it looked like!

Olympiacos continued its winning streak in 2015 and remained alone in the first place on the table.

The Serbian Ivana Nešović, who came to Olympiacos with the great fanfare, finally debuted and scored 10 points. That made her the second best scorer in her team right after compatriot Jovana Vesović (13).