The Venezuelan opposite Ernardo Gomez who plays for PAOK is the most valuable player of the 16th round of the Greek League for Men. 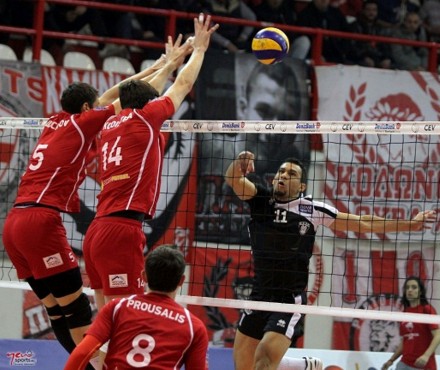 It’s the third time that Gomez was named for MVP of the round.

If youremember P.A.O.K. won this match in tie-break and it was interrupted after two sets, because home fans were throwing objects at rival’s players. Then, after one of the best tiebreaks so far this season in the world, Oly’s fans were in a center of attention again!

Watch the incidents that happened last night after Oly-PAOK derby.

CL M: Lisinac – “We will fight for our fans”