Another act of hooliganism struck Greek volleyball. The derby of Thessaloniki was interrupted three times! 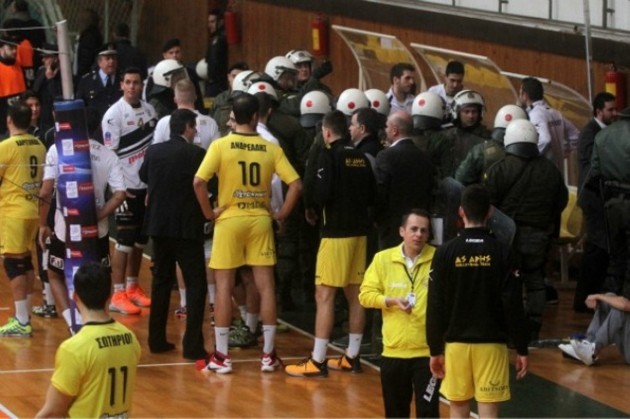 The fans of Aris spat at PAOK’s players and were throwing water and various objects on the court so the first referee was forced to pause the game and sent visiting players to the locker room.

Besides that, two other interruptions occurred and police had to enter the court to settle down tensions. Umpire threatened to completely stop the match in case of another incident.

Police then reacted and evacuated the stand with Aris’ supporters that caused problems and game continued.