Greek Champions hired new attacker for the next season. 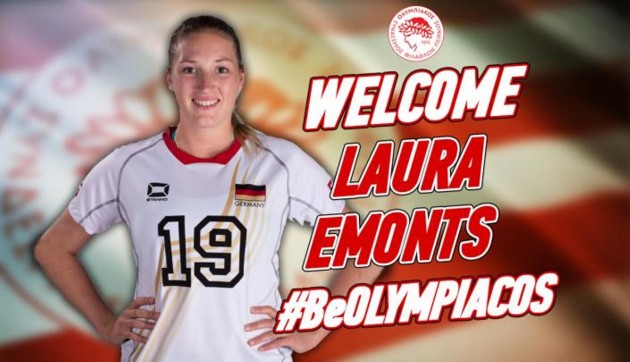 Olympiacos announced the start of the cooperation with the German player Laura Weihenmaier Emonts who signed a one-year contract with the champions of Greek.

She is 27-year-old and a member of the German National Team. In the past two seasons, she played for VK Prostejov and twice won the Czech championship and in the previous season, also the Cup.

“I feel great honor and excitement to play in Olympiakos next season. I am looking forward to fighting in front of our fans and the fantastic atmosphere! And the club and the city of Piraeus are truly unique in Europe. I’m really proud to have the opportunity to compete with Olympiacos and to do the best in both domestic and international competitions. I will give my best to help my team achieve all its goals! “said Emonts.

In the meanwhile, Olympiacos renewed contracts with Saskia Hippe, Konstantina Vlachaki and Maria Nomikou and signed a new with Asimina Nikologianni who signed a two-year contract.