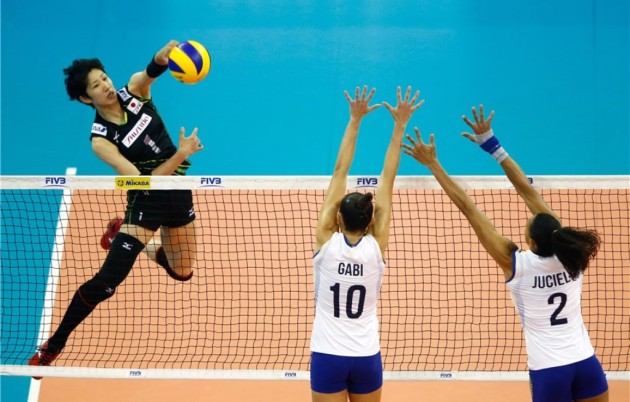 The Japanese left-handed attacker Miyu Nagaoka is the last player of Imoco Volley for the upcoming 2018/2019 season.
Nagaoka is coming from Hisamitsu Springs where she played until 2016/2017 season when she got injured.

On the other side, she is still one of the best players of the Japanese National team and this summer she will be a big reinforcement to the team who is currently competing at the Asian Games and who will also appear at the World Championship.

With the National team, she won a silver medal at the Asian Games 2013, bronze medal at Grand Champions Cup 2013 and silver medal at World Grand Prix 2014. She participated at Olympic Games 2016 in Rio de Janeiro when Japan finished on the 5th place.

…we have a small favor to ask. WorldofVolley is one of the most popular volleyball website in the world that provides many volleyball news daily. We are covering many worldwide competitions, trying to inform all of our fans by publishing the breaking news.

Perugia will not participate at World Club Championship

ASIAN GAMES M: South Korea and Qatar in the semifinals