ITA M: Stoytchev, “No revenge, each match is a different story”

"I dedicate this victory to the team, the fans, to the general public." Osmany Juantorena smiles after the game and did not agree to enter into any controversy. Read latest volleyball news on Worldofvolley.com. 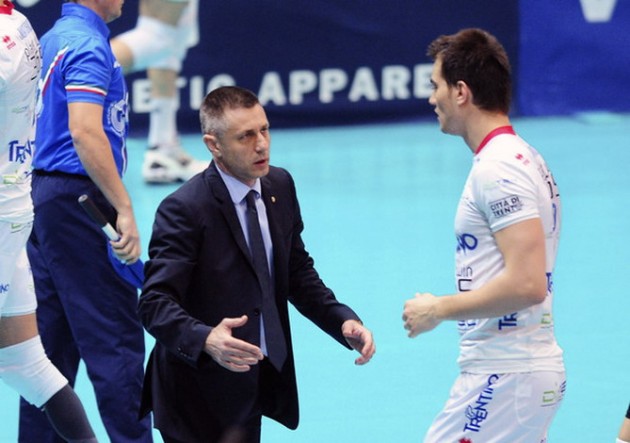 Speak about the sporting rivalry between Trento and Macerata. “For now, it looks like a rivalry destined to last, then we’ll see if things will change – says the Italo-Cuban -. I am happy with this victory because they won the championship after the Super Cup and felt very strong, we have proven to be. After a decrease of performance in the third set, we woke up and we won”. “In the third set Macerata has changed the players (for Starovic Kooy) and risked a lot in beat shortening distances – continues Juantorena -. In the fourth set we have held and in the end we won”.

Among the actors of third victory is Nikolay Uchikov that there is also just a few months, with no luck had played the Final Four of the Italian Cup A2 in Molfetta without being able to reach the final. “They are two experiences that can not be compared because this time I won the Cup and it’s a beautiful thing – admits the Bulgarian opposite Stoytchev -. I joined at a particular time and my job was to give help. I did it and I am satisfied”.

“I’m happy for the victory of the Italian Cup, which is a rematch of V-Day – closes Radostin Stoytchev -. Every game and every victory has the same meaning. For us Macerata is an opponent with which it is nice to be able to play games the highest level”.