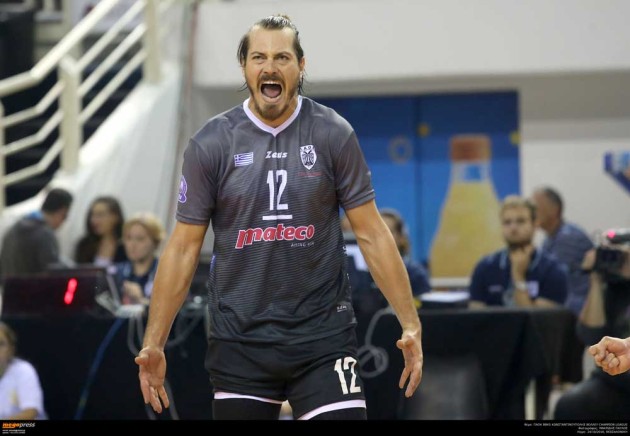 A 30-year-old Greek opposite hitter Djurić signed a one-year deal with the current FIVB Club World Championship winners Trentino. The Bosnian-born player will fight for the place in the line-up with Luca Vettori in the 2019/20 season.

Djurić has returned to Trentino after three years. This will be his third mandate in the Italian powerhouse knowing that he also defended its colors from 2011 to 2013. Djurić (his Greek name is Demétres Tsoúritz) so far made 133 appearances in Trentino’s jersey and scored 1,401 points. He won 7 trophies with the club: two FIVB Club World Championships, two national leagues and Cups, and one Italian Super Cup.

Interestingly, between 2011 and 2013, he performed the role of the middle blocker while in the 2015/16 season, he played as an opposite hitter, which was the position to which he was moved while playing in South Korea. Earlier in his career, Djurić was named three-time Greek Championship and one-time Greek Super Cup MVP.