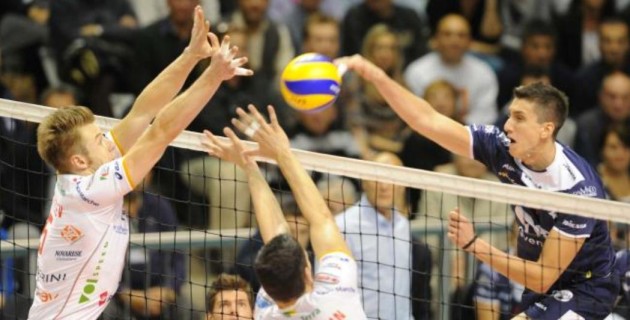 Macerata was the favorite and closed the game 3-0, but Ravenna shown it still has something to show in this league. Giuliani can also be satisfied with this game because he was able to rest Henno and Parodi in view of the Champions and he had positive responses from Kooy and Starovic.

The hosts’ wall-defense system was less brilliant than usual. Starovic wasn’t good in the first set (38% in att. and blocked 3 times), but then he redeemed closing with 100% att. The two teams had very high rates of attack in the second and the third set (62% Macerata, 54% of Ravenna), but the Ravenna have committed more mistakes (19 against 12, 8 in attack 4).

For more news form this competition click on Italy.