The Italian champions came back from Perugia with all three points. Trento had been the only team to win there so far. Parodi was named MVP as Macerata continues to impress (15 blocks versus 3). Read latest volleyball news on Worldofvolley.com. 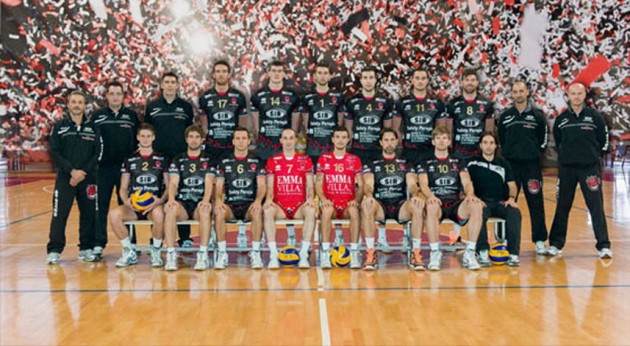 Vujevic did shine for Perugia but the other spikers struggled on high balls.

Nemanja Petric (Sir Safety Perugia): “Unfortunately today we did not play at our best, we were not sharp in counter attack and at the net, even if it’s always difficult to play against Macerata. Shame we lost the first set, we had our chance, who knows, it could have changed the game”.

Hubert Henno (Cucine Lube Banca Marche Macerata): “We came here to take three points and that’s what we did. Now we’ll focus on the next three games, and especially on the Champions League, which is one of our targets. As for the match, it has to be said that we dangerously faded in the first set when we were ahead. Perugia did a good job to take advantage but we did even better to hang on and win it”.