AZS Politechnika WARSZAWSKA lost against Asseco Resovia 1:3 in 17th round of the PlusLiga. This and other volleyball news read on Worldofvolley.com. 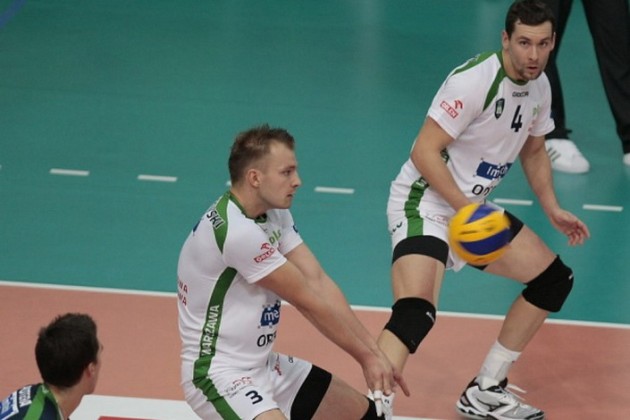 How do you approach in the match against Asseco Resovia?

Maciej Pawlinski: “In a meeting with Polish champion we have fought. The third set guests won decisively. In the first we won, in the second we were beaten on the edge. Unfortunately after that we could not catch up with the team from Rzeszów”.

Do you think that the second set decided the outcome of the meeting?

“I do not know for sure but it was a very important set. When we lost the set we were unable to return our good play”.

Are the coach Andrzej Kowal changes, the introduction of Maciej Dobrowolski, Jochen Schöps, Nikola Kovacevic, spoiled you tactics and your rhythm?

“In a way yes. Jochen Schöps played superbly he won the award for the best player of the match. It certainly was a change that struck our rhythm. Nikola Kovacevic also played a very good game”.

In your team has been changes also. On the position of the attacker entered Maksymilian Szuelka. How would you rate his performance?

“Yes, it was a bold change. I think that Max played great. He had large percentage of the effectiveness of the attack. He helped us a lot”.

In the last round you play against the PGE Skra Belchatow. Few Belchatow players are struggling with injuries. What are the moods before this meeting?

“We are not interested in other people’s problems. We have our own which are not so small. For us this match will be a good prelude before the play-offs. We’ll try to play our best and win. For sure we will fight”.

Certainly you watched matches of the Polish Cup 2013 Final. What do you think about the ZAKSA Kędzierzyn-Koźle victory?

“The best team won. They deservedly won the trophy. What more to add?

Do you think that Asseco Resovia came tired?

“We did not think about it. We more looked at each other. We wanted to play a good game, because we still have the play-offs and we could use matches with such opponents”.

Check out our After sport’s career section, every Thursday a new story! Next time read about Pete Sampras one of the greatest tennis players of all time.

Podraščanin exclusively for WoV – “Another year...