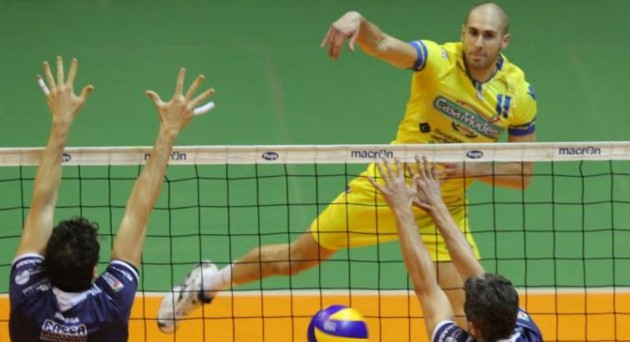 As expected before the game, Modena ran away with a straight sets victory. Ravenna gave it a fight in the second and third set but in the end they paid the price for a weak reception and the lack of impact at the net.

Mauro Fresa (coach CMC Ravenna): “Unfortunately, when you continuously have to call players off the bench to sort things out, things becomes very difficult. I thought I could have pushed the game beyond the third set, but to be honest, we would have needed more consistency on the serve.“

Angelo Lorenzetti (coach Casa Modena): “We have had a lot of injuries of late, hopefully Manià’s problem will be nothing serious, but that’s another reason why this victory was an important one. It went rather well, I am satisfied with the performance of the team.“

Bellei was the best in Ravenna‘s team with 13 points. Celitans for Modena with 20.

BRA W: Sassa from SESI SP best player of the round