Lube Banca Marche Macerata will host the derby game against Itas Diatec Trentino in the 18th round of the Serie A1. Marko Podrascanin and Osmany Juantorena commented the game. WorldofVolley brings you the latest volleyball news. 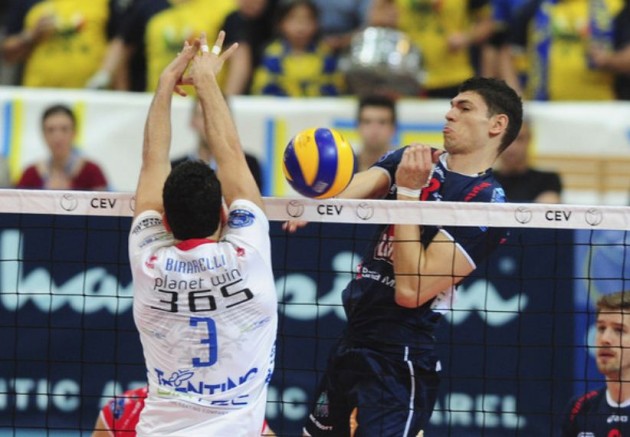 Marko Podrascanin (Cucine Lube Banca Marche Macerata): “It’s always an important game against Trento no matter what, but this time it could give us a good advantage on them in the table. I expect it to be another very tight contest, details will make the difference again. Serving and blocking will be the area in which we’ll need to be at our best to make it hard for them. Hopefully, we’ll make the court advantage count. There will be a great atmosphere in the Palafontescodella arena, and we’ll do our best to do well in front of our supporters.“

Osmany Juantorena (Itas Diatec Trentino): “There are still a lot of games to be played, five, including the one we’ll play this weekend, but it is undeniable that it could be a key fixture in Macerata. More for us than them because they are one point ahead of us and they will be at home. A victory would not only be crucial for the points there are at stake but also for the psychological aspect. We’ve been knocked out of the Champions League and now we need a big result to get going and forget about the disappointment of the golden set against Dinamo Moscow. The league is all we have left until the end of the season, we had therefore time to prepare this encounter, we are convinced that if we want to go far we have to win games like these. We will give everything we have.“

POL M: Who will participate in the play-offs?