Trentino took the first opportunity to lock the top spot of the regular season. To do so, the World Champs only needed two points put took all three against Verona. Read latest volleyball news on Worldofvolley.com. 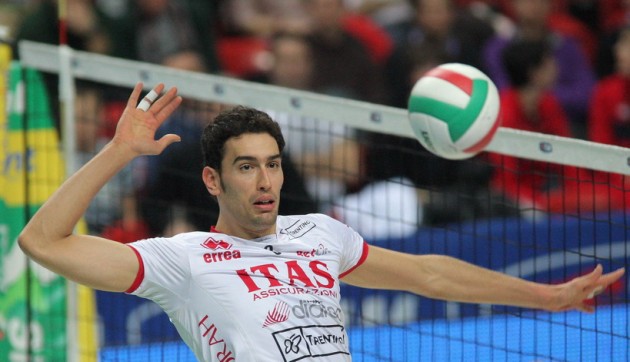 The difference between the two teams is clear in every department of the game as well as in the number of mistakes made. Djuric had 78% in attack, 2 aces and a total of 9 points which earned him the MVP award. Juantorena (60%) and Kaziyski (60%) also had excellent performances.

Emanuele Birarelli (Itas Diatec Trentino): “We had a decent game, we put in practice what we’d seen during the week in training. We never slowed down despite the fact it was a rather easy game, and credit to us for doing that. We wanted the points to win the regular season, but it is only an intermediary stage that leads to what we want to achieve in this end of season. Being first gives you some advantage and we’ll try to make the most of it”.

Michele Fedrizzi (Marmi Lanza Verona): “In the first set, Trento made it very hard for us, while we have been a little shy. We tried to recover in the second part of the game but against such a team it’s always difficult to express your game. I really wanted to do well in this game but I didn’t. Still, it was great to be back in the PalaTrento, even as an opponent”.

Helping Your Daughter Cope With Being Lesbian In Sports