Coach Gianni Caprara remained unbeaten at the helm of Rebecchi Nordmeccanica Piacenza. They defeated Volley 2002 Bologna in an away game 1:3. With this win they caught up with Conegliano and Villa Cortese. Lucia Vosetti was the MVP. Leggeri also had a good game. Stufi and Milos were the best in Bologna. 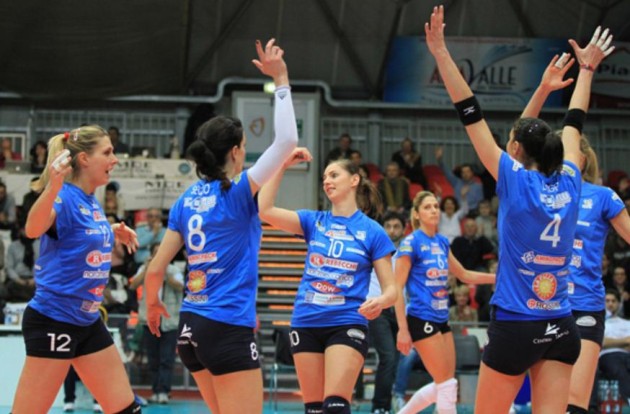 The block excavated the difference in favor of Piacenza, as shown by the fifteen points made. But also in character, Caprara‘s team showed the muscles, especially in the third set, and immediately after the draw with Bologna began to defend a lot.

MVP of the match was Lucia Bosetti. She had impeccable attack (61 percent, error-free, and no blocks suffered). Leggeri also had a good game (7 out of 10 in the first line and four blocks). Stufi–Milos combined 27 points for Bologna.

Bologna decreased their game after the second set, but viewing the game, no one can say that they didn’t try their best.

For more volleyball news from this competition clik on Italy.