Exprivia Molfetta has secured the services of the French hitter, Ludovic Castard. This 30 year old player, comes from the Serie A side of the Alps, where this year he wore the jersey of Montpellier. Read more volleyball news on worldofvolley.com. 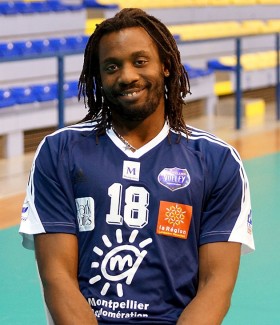 197 cm tall and 85 kg of weight, Castard, has experience with the French senior national team with which he played more than 70 games. He grew in France with CNVB (Centre National de Volley-Ball), where he won the silver medal at the European Juniors Championship in 2002, and was named MVP of the continental tournament. For three years, he played for Arago de Sete (2003 to 2006). In 2006, he wore the shirt of Paris Volley, where he spent two wonderful seasons. Then he moved to AS Cannes. His first experience outside of France comes in Greece with Panathinaikos, then in Poland wearing the jersey of Fart Kielce. Last season he returned to France, firstly playing for Arago de Sete, then the experience just ended with the shirt of Montpellier.