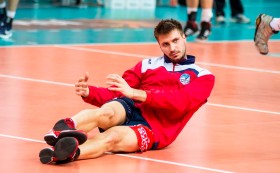 After that, Rouzier’s manager Georges Matijasevic relaunched the news on Twitter, than Rouziere confirmed it on his official Facebook page:

“I’m really happy to announce you that I will play in Italy next year. This season, i will be in Cuneo!“

To see more information about Antonin Rouzier click on his WoV Community profile.

To read more about players moving among the clubs click on Transfers 2013.