The talented Serbian setter Danica Radenkovic has just returned from Germany where she has conducted detailed examinations because of her back injury and also has entered into cooperation with Schweriner SCfor the next season. 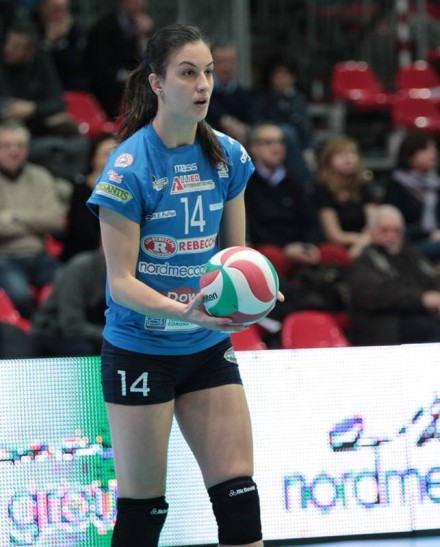 Danica is Piacenza’s player, but she will be on loan next season in the German first league club, who will play in the CEV Champions League.

– Primarily, I went to Germany to do the examinations. Doctors said that it is not so bad and that I don’t have to go on surgery, but I have to do the therapy. After that, we will do a new control – said Danica who does not feel pain, but any stronger activity always remind her of the injury.

Last season the Serbian national team’s player has played for Piacenza, with whom she won the Scudetto and Coppa Italia.

– I’m still a member of Piacenza, but I will play next season in Schweriner to get some experience. Since Ferretti remained at the club, lending was the only solution. I hope, that next season I will return to Piacenza as the first setter – said Radenković.

To read more about this player click Danica Radenkovic profile.

Check more news from this country on Germany.