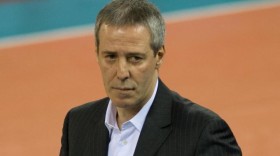 Alberto Giuliani (coach Lube Banca Marche Macerata): “We have not been exactly brilliant in the period preceding the Final Four but we have proved that we have in our DNA the capacity to do well in the knock-out games. The team will be up for it, we will not give up and will fight to go through against Modena, which is in great form and have not had an extra cup game in the legs. We’ll have to contain their servers and be careful at their fast-paced game. The target we had at the beginning of the season was to play as many finals as possible, and once you get there you start thinking about the trophy”.

Daniele Bagnoli (coach Casa Modena): “The first thing needed in such a game is a good attitude. Then there is the experience, which we lack compare to them in these type of games. Macerata is coming off a great breakthrough in the Champions League, they showed great quality. We are coming to the event with rather similar results, the capacity to adapt to the gym and the atmosphere will be key. We have our chances but we’ll need at least a good game, if not more”.

Radostin Stoytchev (coach Itas Diatec Trentino): “It’s been a very useful period in which we have taken care of the general understanding and improved on some aspects of our game. We also managed to get Djuric back from injury. I am satisfied with what we have done but I cannot not be worried ahead of the game because we’ll be up against an extremely well-organised team, which will probably risk it all to make it difficult for us. Belluno is going through a positive moment of form. They never stop to fight when things turn sour, they rarely lose their way and make big runs of mistakes. One more reason to face this game with maximum determination against the team that knocked out Cuneo”.

Roberto Piazza (coach Sisley Belluno): “We are going through an excellent moment of form in the league even if it can also depend on which teams you play against and at what moment. In the quarter-finals we managed to beat Cuneo, which was maybe not at its best but credit to the boys who took full advantage of this situation and qualified to the Final Four. One thing I’d like to underline is that Sisley, before as Treviso and now as Belluno, has always made it to the Final Four in recent years which is a great result. This year a few teams that had everything it takes to make it were eliminated. We are in Roma thanks to the will of the boys. Now we have to look ahead to the semi-final with confidence”.